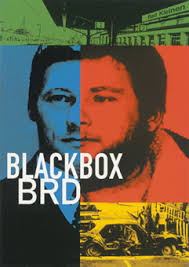 Alfred Herrhausen, spokesman of the Deutsche Bank and one of the most powerful men in Germany, is killed in a terrorist attack on November 30, 1989. The perpetrators are the Rote Armee Fraktion (RAF), a leftist terrorist group that has been active in Germany since the 1970’s. Four years later, Wolfgang Grams, a third-generation RAF-member, is killed in a shootout with the police in the train station of Bad Kleinen. Prompted by these events, director Andres Veiel began to work on his documentary in 2001. He spoke to the wife of Alfred Herrhausen and the parents of Wolfgang Grams, as well as to prominent businessmen and politicians of the times. In his documentary, he paints a picture of a divided nation — a look back at postwar German history that is in many ways still relevant today.

After the movie, we will have a chance to discuss the film with director Andres Veiel.