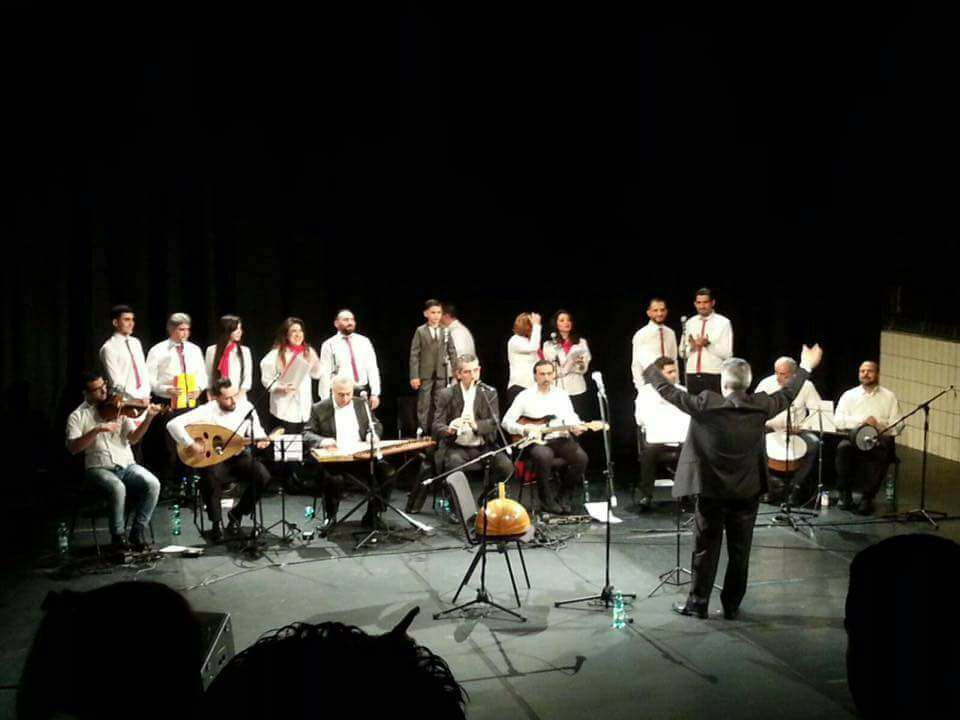 Mada organisation for cultural and intellectual development invites you to attend the musical evening of Aleppo.
by the Syrian artist Abdulkader Asli and his band:

Abdulkader Asli , is a Syrian artist who was born in the city of Aleppo & a member of the Syrian artists syndicate. He plays the oud and sings and has participated in several Arab and European festivals. In Berlin , he has many musical activities and concerts and he is the founder of the choral named : Al-nagham al-asli / the original melody. The choral aims to revive the Arab musical and singing heritage.