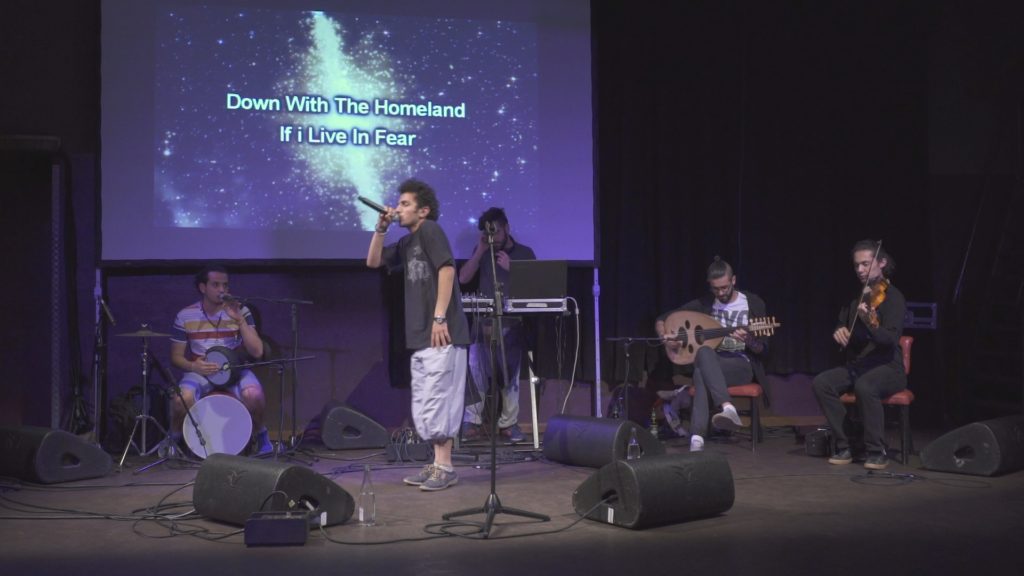 Mazzaj Rap Band is a Syrian Band that has been founded in Tartous-Syria in 2007, after joining forces between Mohammad Abu Hajar (Rapper and Producer since 2004) Alaa Odeh, and Hazem Zghaibe. After the beginning of the revolution in Syria Mohammad Abu Hajar has been incarcerated and tortured for his music and political involvement. After being wanted again he had to flee the country to Italy where he did his Masters in political economics. In Berlin he joined forces with Ahmad Niou (Percussionist and Vocal) to restart the band again and started many collaborations with local and international musicians.

The band focuses on fusing the “western” Rap with elements from the oriental music combined with a strong political message carried through the lyrical contents.

That project went to another level in Berlin as the band started to work with the Oud player Alaa Zaitouna, the violinist Zaher Alkaei and Matteo Di Santis as a producer. They melt different traditional music styles from Syria with Rap and Electronic Music in a way that represents the understanding of the band for a fusion that goes beyond  pre-constructed boxes and the “black and white” mentality it is a fusion that’s supposed to gives space for every single element to be an organic part of the final product, the product of Mazzaj and the Raboratory.

The band performed concerts in many countries around the world like in Syria, Jordan, Lebanon, Italy, Sweden, Denmark, and Germany plus some important festivals like Phoenix bird, Fusion and Eutropia.